The Hutchinson Police Department released the following information regarding the incident:

April 14 at approximately 1:50 p.m. Hutchinson Police were dispatched to Menards at 1525 Montreal St SE for the report of a male who assaulted an employee with some lumber following a dispute over wearing a mask.  The male left the store and was observed by an officer at the Wal-Mart parking lot a short time later.  The officer attempted to stop the vehicle.  A slow speed pursuit ensued in the area of the Hutchinson Mall, South Grade Road and Highway 15 South.  The vehicle stopped in the area of Highway 15 and Freemont.   When an officer engaged the suspect through the driver’s side window, the officer became trapped in the window and the driver took off at a high rate of speed with the officer hanging onto the vehicle.  During the struggle, the officer was struck in the head with a hammer.  The officer was taken to Hutchinson Health for his injuries and is in stable condition. The suspect, a 61-year-old Hutchinson man was arrested at the scene.  The McLeod County Sheriff’s office is investigating the incident.

The individual arrested yesterday in the incident involving an assault on a Hutchinson Police Officer is Luke Alvin Oeltjenbruns, age 61, of rural Hutchinson. Oeltjenbruns was booked into the McLeod County Jail on probable cause first degree assault. Additional charges are also being considered, and this case remains under investigation. The Officer involved was released from the hospital and is currently at home recovering. 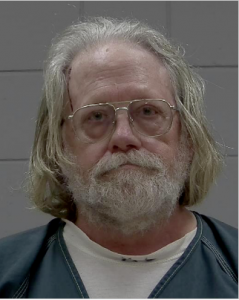