WRIGHT COUNTY, MN – A Montrose man is facing a felony second-degree murder charge in connection with the death of Justin Edwin Warnke, 34, of Buffalo. Warnke’s body was found in Meeker County Dec. 29. 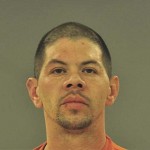 According to a formal complaint, Alejandro Vega Jr., 37, is charged with intentionally murdering Warnke, without premeditation, and disposing of his body in rural Meeker County.

Warnke’s body was discovered on a dead-end road in Kingston Township shortly at 8:01 a.m. Dec. 29. Authorities believe he had been there since about 1:53 a.m. that morning, consistent with observations of a vehicle at the location by a nearby resident.

His body had sustained hemorrhages in his eyes and neck, and sustained blunt-force trauma to his head, scalp, and chest, consistent with him being beaten and strangled, according to the formal complaint.

The formal complaint lays out the following timeline utilizing surveillance video from Vega’s apartment and other businesses, witness interviews, and Vega’s statements to investigators:

• At about 4 a.m. Dec. 28, Vega reportedly picked up Warnke from a Monticello hotel where he had been staying.

• Vega allegedly traveled from his apartment to the hotel in an attempt to retrieve Warnke’s property, which was documented by law enforcement at about 11:35 a.m.

• At 2:33 p.m., surveillance video reportedly captured Vega taking an appliance cart from his garage into his apartment.

• At 6:20 p.m., surveillance video reportedly captured Vega taking rope into his apartment. It is alleged that Vega later used that rope to tie Warnke to the appliance cart.

• At 1:13 a.m., surveillance video reportedly showed Vega wheeling what appeared to be Warnke’s dead body – tied to the cart and wrapped in a blanket, with his head wrapped in garbage bags – from his apartment.

• Four minutes later, Vega was allegedly observed driving his vehicle with what appeared to be Warnke’s body tied to an appliance cart and sticking out of the open trunk.

• Vega allegedly dumped Warnke’s body at the location where it was found at about 1:53 a.m. Dec. 29.

During a Jan. 1 interview with authorities, after being advised of his rights, Vega allegedly claimed that he left his apartment and returned to find Warnke unresponsive in a bedroom and attempted life-saving measures.

Vega reportedly said that he knew he could not have Warnke’s body in his apartment, but did not explain why he did not contact police after supposedly discovering the body.

Vega reportedly confirmed that he removed Warnke’s body from his apartment and dumped it where it was later found.

He also allegedly admitted removing portions of carpet that contained Warnke’s blood. That carpet, allegedly disposed of in a commercial dumpster, has not been located. Luminol testing indicated the presence of blood in other areas of carpet.

Vega also allegedly told investigators that he and Warnke had been using controlled substances together prior to Warnke’s death.

According to the criminal complaint, no other suspects are observed on surveillance video entering the apartment complex while Warnke was there.

During the time he was alone with Vega, Warnke sustained injuries that led to his death.

In conclusion, the complaint states, “The manner in which the defendant attempted to conceal the death of Justin Warnke and the lengths he took to dispose of the body illustrate overwhelming evidence of his intent and guilt.”

If convicted, Vega could face up to 40 years in prison.

He is due in Wright County District Court for his initial appearance and bail hearing Tuesday, Jan. 21.

No comments Posted in Hot Topic