The total number of write in votes for two men vying for seats on the Dassel City Council have been tabulated and the results released.  All results are unofficial until certified.

Write in totals were:

Governor candidates face off in first debate at Farmfest 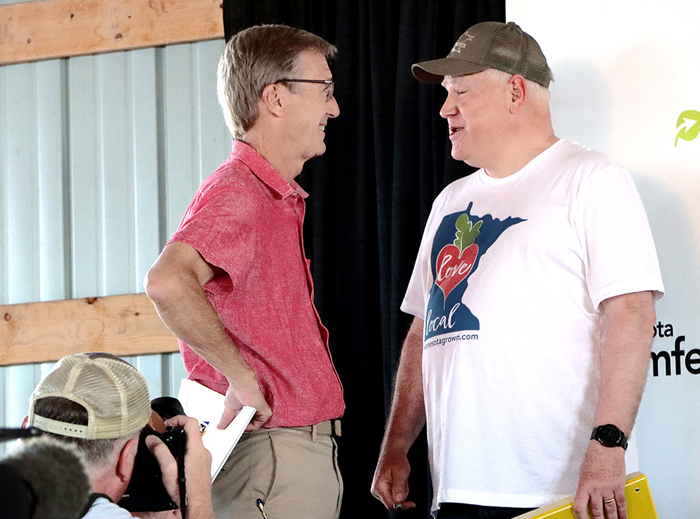 STATE OF MINNESOTA
MEEKER COUNTY AUDITOR
NOTICE OF PRIMARY ELECTION
To the Township Clerk and voters of the City of Darwin
In the County of Meeker, State of Minnesota
Notice is Hereby Given, That a Primary Election will be held in the Election Precinct at:
305 Curran St
Darwin, MN 55324
on Tuesday, the Ninth (9th) day of August, 2022, at which the polls will be open from the hours of seven (7) o’clock AM to the hour of eight (8) o’clock PM for the purpose of nominating candidates for the following offices which are to be voted for at the General Election to be held on Tuesday, the Eighth (8th) day of November, 2022, to-wit:
FEDERAL OFFICES
One Representative in the United States House of Representatives in the following Congressional District: 7
STATE OFFICES
Governor and Lieutenant Governor
Secretary of State
Attorney General
COUNTY OFFICES

MEEKER COUNTY – Meeker County has shared reminder information about voting in the upcoming general election. The absentee voting period for the November 3, 2020, general election began Sept. 18, and will continue through Monday, Nov. 2, 2020.

Voters may request an absentee ballot by completing an application. Applications can be found using the quick links within the Auditor’s page on the Meeker County website. Applications may also be obtained in person at the County Auditor’s Office at 325 North Sibley Avenue, Litchfield, MN 55355, or by calling the office at 320-693-5212.

Mailing of ballots will begin the week of Sept. 28.

No comments Posted in Dassel, Election

DASSEL, MN – Unofficial results from Dassel’s Aug. 13 special election indicate that both questions on the ballot passed by a wide margin. The questions were as follows:

Shall the City Council of Dassel be authorized to issue private “on-sale” licenses for the sale of intoxicating liquor by restaurants, hotels, and clubs for consumption “on” (at) the restaurant, hotel, or club on Mondays through legal closing time Saturday night (currently 1:00 a.m. Sunday)?

Shall the City Council of Dassel be authorized to issue private “on-sale” licenses for the sale of intoxicating liquor on Sundays by restaurants, hotels, and clubs for consumption “on” (at) the restaurant, hotel, or club?

All results are unofficial until verified by the city council Wed., Aug. 14.

KINGSTON, MN – RESULTS WILL BE POSTED HERE WHEN AVAILABLE

All results are unofficial until certified.